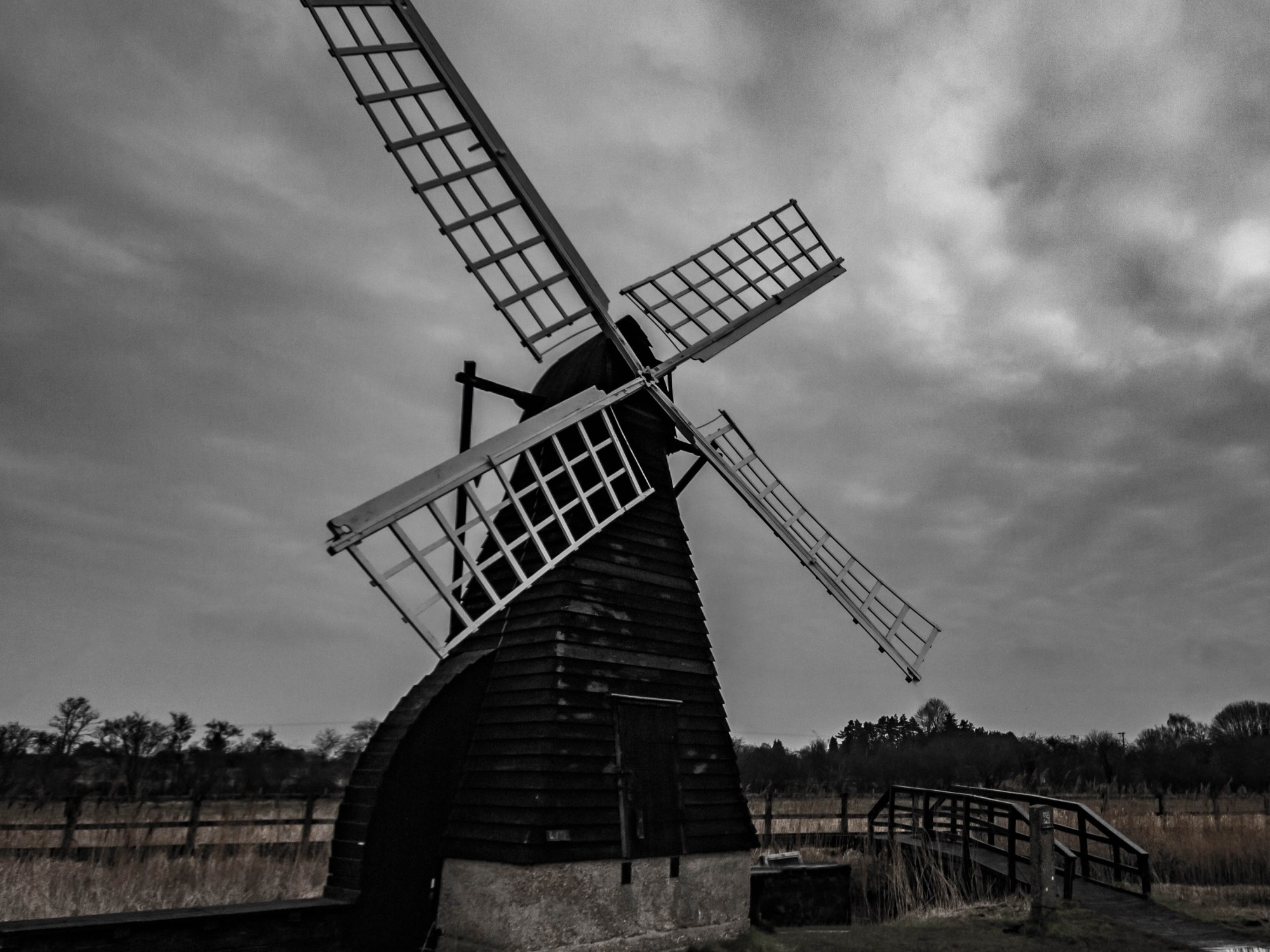 Having found a free day in-between working on our ever increasing coursework projects me and my course mate Emma Vincent @emmasimaging decided to head down towards Cambridge ahead of last Fridays field trip to the botanical gardens.

The Wicken Fen Nature Reserve is based just outside Cambridge and is the National Trusts oldest nature reserve, and one of England’s most famous fen. A fen is a low and marshy area of land that is sometimes frequently flooded and is another type of wetland found across the UK.

Whilst we were walking around the boardwalk the famous wind pump caught our eye which stood out among the surrounding reeds.

Along the walk around there were a few bird hides that we were allowed to enter and we spotted a few wetland birds and insects and other various wildlife that exists in this habitat, such as a few blue tits feeding on the seeds in the bird feeders.

Along this circular walk we kept spotting the wind pump which allowed us to take pictures of it from varying angles and distances to create different photos of it.

After we had walked around the flooded landscape on the boardwalk we decided to head towards the cattle fields with the horses and cattle where there were new born foals around that were only a day old.

While taking pictures of the horses I did a burst of a horse chewing, and with my Photoshop skills that I am learning I decided to create a gif.

This attractive landscape proved a wonder for landscape photography which is an avenue I would like to one day continue in my own personal work. Being situated just outside Cambridge city centre this area is conserved and provides new habitats for an array of wildlife and recreational use for Humans alike.

2 thoughts on “Adventures in the Fens”